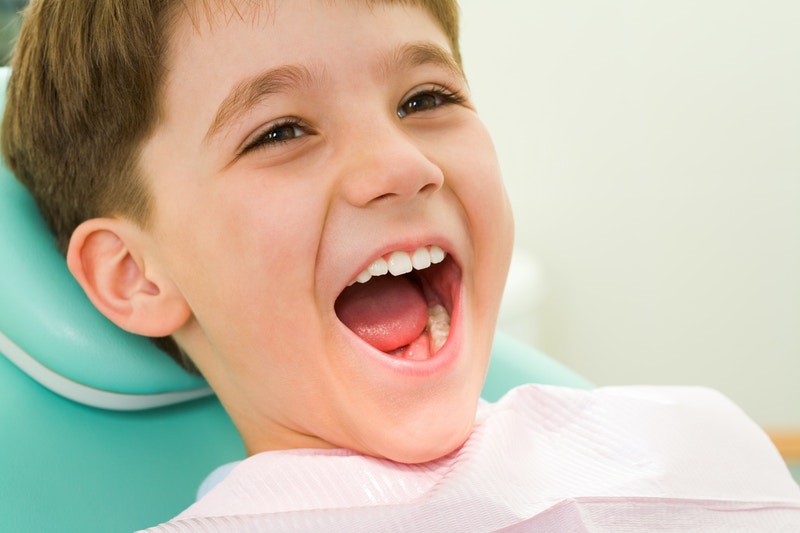 Going to the orthodontics or dental offices had never been nerve-racking until a few days ago. You and your daughter walked into the office and the dental hygienist said the dentist and orthodontist had consulted with each other and had a change of plans for the morning appointment. The hygienist said the two doctors had decided they would be removing part of your daughter’s gum with a laser to speed up the process of moving a tooth down into place. The hygienist went on to explain that your daughter would be completely conscious, but she assured your 15 year old daughter that she would not experience any pain.
And, so much for the plan. Turns out your daughter’s mouth did not numb as easily as they expected with the topical medication they applied. Through teary eyes and a quavering voice your daughter asked the orthodontist if she should be able to feel what he was doing to her mouth. ?You can feel what is going on?? he asked. She responded “yes” and said that she was, in fact, experiencing a great deal of pain. That pain was short lived, however, as the hygienist and the doctor just decided to numb her entire mouth with a large shot of Novocain and she did not feel anything after that.
It only takes one experience of unexpected pain for some people to decide that dental offices in general, and orthodontic offices in particular, can be unpleasant places. While tales of pain and anxiety can be part of some patient’s oral surgery experience, in most cases dentists and their colleagues have pretty good track records for keeping their patient’s best interests in mind.
If, for example, you are one of the 5 million Americans who has to have wisdom teeth removed, you will simply go in and out of one of the many dental offices as an outpatient. What may have at one time been a major surgery, is now an extraction procedure to remove these impacted teeth that most mouths do not have room for.
In spite of some memory of pain and some anxiety on the part of some patients, the American Academy of Cosmetic Dentistry (AACD) reports that a healthy smile is important to nearly 99% of all people surveyed. So, whether you are going in to see an oral surgeon, a dentist, or an orthodontist, you are likely entering an office with a AACD staff dedicated to keeping patients comfortable while they work to create million dollar smiles.